traveling back through time: *The Dain Curse, by Dashiell Hammett

There's something very positive to be said about these old novels; this one was written in 1928 and still has a lot of power to entertain. According to one website I visited for background on this book, The Dain Curse first made its appearance in Black Mask magazine as a serial released between October 1928 and January 1929; it was his second Continental Op story after Red Harvest.  It may not be Hammett's best, but I still had a lot of fun with it. I mean, seriously -- you have a whacked-out bunch of people involved in a crazy cult, a wealthy drug-addicted, simpering heroine who just might be the victim of a curse, an old house by the sea, a man hiding a secret identity, and of course, a number of murders.

Set in San Francisco, Hammett's unnamed detective, known to readers only as "The Continental Op," is tasked by his company to investigate the reported theft of some diamonds. The diamonds were in the possession of Edgar Leggett when they were stolen; Leggett's daughter Gabrielle may have been a witness.  From the getgo, the detective believes it was an inside job, and the opening stages of the investigation lead him to the Temple of the Holy Grail, "the fashionable one just now" run by one of Leggett's friends and frequented by Gabrielle. It's a place where "the right sort of people" go, not a "Holy Roller or House of David sort of thing."  After a spending a night in the temple that he'll never forget, one that ends in death,  the case moves the Op  to a small seaside town where he immediately discovers another yet another body, eventually coming to the realization that he's been pitted against a madman.


The Dain Curse is twisty, and lots of people die in this story before the killer is discovered,  making the crime portion of this book good reading. It isn't as hardboiled as I would have imagined, after reading some of his later novels,  but this work was written still quite early in Hammett's career.  If you read this novel slowly, you'll also discover that Hammett , via the character of Fitzstephan who writes cheesy novels, seems to be comparing and contrasting the work of a detective (Hammett's earlier, pre-writing occupation) and the work of a writer. If you think about that idea for a moment, it adds a reflective layer to this book that takes it beyond just another crime novel.  For example, the two (Fitzstephan and the Op) first meet when the detective was working on a case about phony mediums who had fleeced a woman for a hundred thousand dollars.  He was "digging dirt," and Fitzstephan was "plowing the same field for literary material."  When they meet up again in San Francisco, and Fitzstephan asks him about what a particular person has been up to, the Op notes that


"We don't do it that way...You're a storywriter. I can't trust you not to build up on what I tell you. I'll save mine till after you've spoken your piece, so yours won't be twisted to fit mine."

and then later, in a discussion about how Fitzstephan's business is "with souls and what goes on in them," they have the following exchange, beginning with Fitzstephan:


"Are you -- who make your living snooping -- sneering at my curiosity about people and my attempts to satisfy it?"

"We're different...I do mine with the object of putting people in jail, and I get paid for it, though not as much as I should."

"That's not different...I do mine with the object of putting people in books, and I get paid for it, though not as much as I should."

Yet while these scenes scattered here and there throughout the novel are interesting, the focus is really on the crimes and how the Continental Op arrives at the solution -- and it's a ride that is beyond crazy.

Another thing to point out is that this book is filled with racist remarks; not that I condone them but they are a product of the times in which this book was written so keep that in mind as you read.   Definitely recommended for those who enjoy vintage crime; cozy readers and strictly police-procedural fans probably wouldn't enjoy it as much.  Now I'm going to go back and read Red Harvest ... then make my way through the rest of Hammett's novels that I've missed.

The Fire Dance, by Helene Tursten

arc -- tons of gratitude to Paul at Soho Crime for my copy.

I know I should probably wait until January to post my discussion about this book, but it's close enough now, and just maybe someone might be thinking of pre-ordering this book for a Christmas gift.  What the hey, right? I feel so lucky having received an advanced copy of this book! When the word came down that Soho was publishing this book, I was happy; when I got an email for the review copy, I was ecstatic.  Helene Tursten has long been one of my favorite Scandinavian crime writers, and Irene Huss one of my favorite Nordic police detectives.   To be honest, I've given up on a lot of Scandinavian crime writers but she's one of the few authors whose books I pick up as soon as they hit the shelves.

The Fire Dance splits time periods -- the first, from 1989-1990, when Irene has been with the department only a month.  Her girls are very young, and  husband Krister is grateful for his 30-hour/wk part-time job. A difficult case found its way into her lap when after three months, a young girl named Sophie Malmborg, possible witness to a fire at her home that killed a man, has been unwilling to speak for three months. Despite the best efforts of professionals, Sophie will not talk.  Irene's boss, Sven Andersson, figures that since Irene is a woman with small children, she might have much more luck getting Sophie to say something.  She gets plenty from all of the other people in Sophie's life, but Sophie still isn't talking.  With no further clues, and with other cases coming up, the case goes cold, and life moves on.  Flash forward to 2004 -- fifteen years after the house fire, Sophie is dead, after having disappeared for three weeks.  Irene now has only very meager clues, but several suspects, and as was the case fifteen years earlier she's needed on another big case and time is growing short.    In the meantime, things are happening on the home front that will require her attention.

Helene Tursten is always able to provide her armchair-detective readers with a solid mystery to ponder, and that is certainly the case in The Fire Dance.  Irene must rely on the fifteen-year old unsolved case to make any headway in the present, and the way Tursten sets up this up case gives it kind of an eerie turn. She also does a fine job in conveying Irene's devotion both to the job and her family, and does so a way that never seems forced.  I could do with less of the dog (I think I say that about every Irene Huss novel) and the emphasis on the food choices made by the vegan daughter, but otherwise, I appreciate this aspect of Tursten's series.  While I didn't find it as edgy or as solid as her book The Torso, my favorite of the series, The Fire Dance still very much pleased my picky crime-fiction reader self.  All I would say in the negative zone is that I would have loved to have seen less cute and more edge. But that's a personal thing.

Regular followers of this series will not be disappointed; probably not a good read for hardboiled, noir or cozy  crime readers; more for those who enjoy solid police procedurals with a personal twist.  As my list of favorite Scandinavian crime writers is dwindling, I'm am so happy to have found this series, and I'm even happier that Soho continues to publish them for American readers. 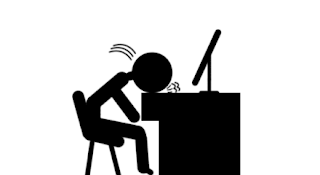 Seriously, folks, today I got an email from goodreads telling me that the winning book of this year's best mystery and thriller category is none other than (drumroll please) Dan Brown's Inferno.  The votes were cast  by readers, and Inferno received 29,132 votes.  Now, contrast that with Jo Nesbø's Police, which got 6, 821 votes.  Frankly, I had a lot of trouble believing this news, considering that a) Police was probably Nesbø's best book so far and b) that (imho) Inferno was DaVinci Code all over again with a change of venue and cast.

I'm seriously not getting how this happened -- not just in the case of Police, but every other exquisite crime novel that's been published in 2013.  Claudia Piniero's A Crack in the Wall, for example, should have at least been nominated, and the same goes for a host of other truly wonderful crime/mystery books -- 21:37 by Mariusz Czubaj -- which was listed as European literature therefore not considered a crime fiction novel; Arnaldur Indridason's newest wasn't on the voting list; where the hell was Andrea Camilleri; Benjamin Black? I think not; Tim Hallinan's wonderful Fame Thief wasn't there; I could go on, but my point is made.

I don't consider myself in any way shape or form a book snob or "highbrow" reader (I mean, seriously...I read Inferno when it came out)  but jeez! There has to be a point at which people recognize the excellent work being done by not only excellent home-grown crime writers but the international ones as well.  Is there some reason that people don't choose to expand their reading horizons or climb out of their reading ruts? I mean, to each his own for sure, but frankly, this year's choice was just a little more than not right.

okay. that's all. I have ranted and now I am finished.
Posted by NancyO at 4:36 PM 7 comments: