With thanks to LibraryThing's Early Reviewer program and to the publisher for sending this book, Bloodline is the 8th foray into the series featuring DI Tom Thorne, a police procedural series which started ten years ago with Sleepyhead, a book I read and enjoyed a great deal way back when.  In fact, I read the first two books in the series, then didn't come back to it until book number five (Lifeless), which was an ARC from the publisher at the time.  Now here I am back again with book eight, and I'd really forgotten how much I enjoy this series. I believe I was scheduled to receive this book last summer sometime, but it didn't arrive until the beginning of December. That's okay ... it was worth waiting for.

Murder is not new in Thorne's line of work,  but this case is a definite puzzler. One of the victims is found clutching a bloodstained piece of X-ray, a clue that helps lead the detectives in London's Murder Squad to a connection between her death and a serial killer named Anthony Garvey. Garvey is now dead, but it seems that someone is going around killing off the relatives of his victims.  When a second murder follows with a third, Thorne is convinced that the remaining relatives needed to be found and put under police protection.  While searching for them and trying to work out what's going on, the killer remains at large and no one is safe.  It's a tough time for Thorne, who has just recently been faced with personal tragedy, but as always, he will not stop until the job is done.

Considering I haven't picked up a Billingham novel since 2005, I was amazed at the ease of sliding back into the series after such a long time away.  I obviously missed a few things in Thorne's personal life, but it didn't matter in terms of plot.  Thorne is a great character, a very good cop who's human as well.  I appreciated the fact that the author did not channel too much energy away from the storyline and into Thorne's personal life, so that the bulk of the story focused on the police squad and the investigation.  As far as police procedurals go, Bloodline is a good one -- not too bogged down in detail, but credibly paced as far as police work and plot. The only thing I have a niggle about is the use of the journal-type entries from the killer -- having read mountains of crime fiction in my time, this device is getting old. I tend to prefer good, old-fashioned police work and watching the investigators get from point A to point B on their own without interjections from the killer
.

Definitely recommended for readers of British crime fiction, or for readers who enjoy a fine police procedural as well. I do need to take some time and start this series again to see what I missed, but if it didn't bother me that much to read this installment out of order (and I am definitely very fussy about reading the books in the order of publication), then it shouldn't be to difficult for anyone else, either.

By the way, I added the UK version date of 2009 on purpose: two years to be published in the US??? Crazy -- and the reason I tend to buy most of my books at Book Depository! 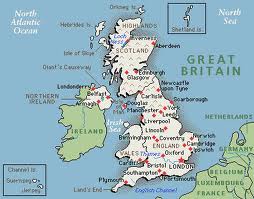