The First Fingerprint, by Xavier-Marie Bonnot

Moving away from Italy and into France for a while, I've just started Xavier-Marie Bonnot's series featuring Police Commandant Michel de Palma, aka the Baron.  I'm still not sure why that's his nickname, but oh well.  The First Fingerprint is a police procedural with a serial-killer  plot line that draws on the study of prehistory to help guide the story, which takes some very odd turns before getting to the big reveal.  Filled with enough suspects and red herrings to make any mystery reader happy, it's a good start to the series -- intelligently written and interesting enough to make me want more of Bonnot.

Michel De Palma is approaching his 25th year on the force; he knows retirement is just around the corner, although he's not quite ready for that step yet.   He's a dedicated cop, not averse to bending the rules or slamming a suspect's head on a desk until blood is drawn, even though some of his younger colleagues protest loudly against his violent methods.  He is also known for getting in the faces of his superiors when he doesn't agree with their orders.  Yet even criminals he's dealt with in the past know that he's "straight and a very good policeman."

A walker finds the body of prehistory lecturer Christine Autran floating in the ocean below Le Torpilleur off the Marseille coast.


She had been strangled, tossed into the sea, and her neck had been broken.  De Palma is put on the case, and recalls that some time earlier, another victim, Franck Luccioni, a "small-time thug,"  had been found in the same exact spot near an underground cave, a site of prehistoric activity, now underwater.  The previous death showed no signs of violence, and was found to be the result of a diving accident.   At first, he finds the coincidence odd, but when Luccioni's sister shows up with information about her brother, he begins to wonder if there might be some connection between the two cases.  That's a tough enough job, but when other murder victims turn up, the stakes get even higher for De Palma and his team.

If this is just the first novel in the series, I can't wait to get to the rest.  The First Fingerprint  has an enigmatic mystery at its core, and in Bonnot's hands, the murder investigation is anything but dull. It wanders into the academic world and the experts in the field of prehistory. Where some writers will fill space with lengthy exposition to explain a particular subject to their readers,  Bonnot's  characters offer sufficient explanations that don't become sloggy or overburdened with detail. The pacing is spot on, and the conflicts between law-enforcement agencies and case jurisdiction seems realistic.  The sense of place is very real as you move through the city streets or stop alongside the road with De Palma and look out at the sea, listening to the birds or the "tot-tot" of freighters.  There are also a number of social concerns expressed throughout the novel, and considering that this is the first book of this series, the characters are already on their way to being well developed, at least in the context of their professional lives.   Some readers might find De Palma to be a bit more unsympathetic than a cop or lead character should be, but his no-nonsense refusal to put up with crap helps make him who he is. I also find it refreshing, although I'm  wary when an officer of the law feels he has  to use excessive violence to get people to give him what he wants.   On the flip side, I had part of it figured out a quarter way through the book -- although kudos to the author for completely throwing me off with a curveball I didn't see coming.  Sometimes the story verges toward the melodramatic, but to be fair, that happens close to the ending, so it's excusable.

With plenty of suspects, several murders, a twisted and zig-zaggy line of reasoning and deduction to follow through to the end, there is more than enough in this novel to keep crime-fiction readers happy.  It's intelligently written, has interesting characters and the plot is  just odd enough to be different. I recommend, mainly to fans of translated crime fiction or to crime fiction readers who are looking for something well above average in their reading. 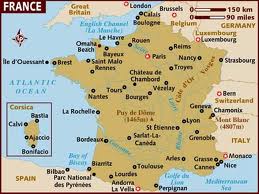