Black Skies is book number ten in the series that normally features Inspector Erlendur Sveinsson and his team from the Reykjavik police -- number eight to be translated into English --  set during the same time period as his previous novel Outrage.  Erlendur is still away on his jaunt "out east" in the area where he grew up.  While Outrage focused on the talents and inner demons belonging to Elinborg, Black Skies puts Sigurdur Óli in the limelight.  Once again Indridason delivers; even without Erlendur (who I really wish would come back -- enough of his being gone!) the novel is just as captivating, set just a few years prior to Iceland's financial crisis at a time when everyone is mortgaged up to the hilt or in debt up to their ears because of the easy credit to be had.

On the same Monday morning that the discovery of a body sparks the murder investigation from Outrage, Sigurdur Óli receives a call from his friend Patrekur.  They meet later, accompanied by Patrekur's wife's brother-in-law, Hermann, who reveals that he and his wife were victims in a blackmail scheme.  It seems that some time back, Hermann and his wife became members of a club of swingers (the wife-swapping kind), and a like-minded couple, Ebbi and Lina, took photos of their sexual escapades, and are now threatening to post those pictures and spread them all over the internet unless Hermann coughs up the cash.  But aside from the money, which Hermann doesn't have, the career of Patrekur's wife Súsanna might be at stake -- she's an assistant to a cabinet minister and has plans of her own in the political arena.  Patrekur wants Sigurdur Óli to "sort these people out,"... "before things turn nasty."   Too late: Sigurdur Óli arrives at Lina and Ebbi's home at the same time she's being beaten by a guy with a baseball bat, who escapes.  Trying to save Patrekur and Susanna a great deal of embarrassing publicity, he doesn't tell his colleagues all he knows, keeping his friends' involvement a secret from the other cops working on the case. Instead, he takes matters into his own hands, working around the police investigation to try to find out exactly who is behind Lina's savage beating and ultimate death.  His investigation will take him into the murky world of banking and credit, ultimately exposing many of the flaws in the system that will later cause Iceland's economy to tank.

But trying to solve Lina's beating and keeping his friends' names out of the newspapers are not the only things on Sigurdur Óli's plate: aside from the "Black Skies" that portend Iceland's coming financial woes, he has his own darkness to deal with: he and his wife Bergthora have split and his father's been diagnosed with prostate cancer. Another figure under the black skies is Andrés, an alcoholic down-and-outer who comes to Sigurdur Óli about a man who ruined his life and set him on his present path.  This is a storyline that has appeared in another book in the series (I just can't remember which one but the bells went off in my head) -- he's known to the police already, but this time, Andrés has some small bits of evidence to offer and Sigurdur Óli tries to make some sense of his sad story, which continues throughout the novel.

I have loved all of the Indridason series novels, and this one is no exception.  If you're a regular Indridason follower, I don't have to say how well written these books are, with very real and human characters populating the pages.  Black Skies is no exception, and as always, the author explores many of Iceland's social issues via his storylines, along with a running theme of how parents have the power/responsibility to shape their childrens' future one way or the other.  Between his previous novel Outrage and the current one, he also does something very few authors have done -- he allows the supporting cast its day, allowing readers to become  more  deeply involved in the lives of his characters -- especially here, as Sigurdur Óli comes to terms with factors that may be lurking behind his rather arrogant sense of self.

Super book -- I heartily recommend it, but do NOT let this be your first exposure to Indridason's series.  Start at the beginning and make your way forward so that you can capture the author's excellent characterizations.  A definite no-miss for Scandinavian crime fiction fans.  Sadly, I'm not sure when this book is going to be released in the U.S., but I bought mine through Amazon.uk so it is easily available. 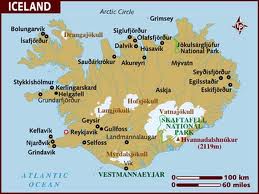