Brenner and God, by Wolf Haas

Talk about finding yourself in deep doodoo!

Ex-cop Simon Brenner, at a time when others at his age are starting to think about their pensions, has finally found a profession he actually likes and someone who "understands him better that most adults he's had anything to do with in his life."  Brenner works as a driver for the Kressdorfs, the parents of two year-old Helena, with whom he can discuss his problems and worries while he's driving her out on the Autobahn. It's a great arrangement, and according to the omniscient narrator who is telling the story, the two are "like-minded  souls," with a "kindred connection between them."  Helena's mom is a doctor who among other things in her practice performs abortions; her dad is known as "the lion of construction."   The parents are super happy with Brenner, especially because he is an ex-cop, and he is generally careful to make everything perfect prior to each trip of many hours on the Autobahn with Helena.  Despite his meticulous preparations before each trip, on the day the novel begins, he realizes he has forgotten to put gas in the car (likely due to the calming pills he takes since his last girlfriend moved out) and makes a stop.  After fueling, he moves the car over to one side to keep Helena (still in her car seat) away from the fumes while Brenner goes inside alone to pay, promising her an otherwise verboten chocolate bar when he comes back.   He also takes a minute to grab an espresso, and on his return to the car,  he discovers that Helena's not there. He stands there clicking the door locks open with the key fob to no avail (Helena's still not there); he goes into the gas station to ask about surveillance footage but he'd parked the BMW away from any of the cameras.    Instead of calling the police (maybe owing to the drugs or just plain shock), he waits -- and it's not long,  of course, until Brenner becomes the prime suspect and also (needless to say)  becomes unemployed.  Brenner decides that he will have to be the one to take on the case of the missing Helena; as he begins to look for potential suspects he  stumbles into some of the  Kressdorf's most carefully-guarded secrets as well as those of their associates and enemies, the whole lot offering up possible motives and possible kidnappers.  But there are people who don't want these secrets to be revealed at any cost and when Brenner starts getting too close  he finds himself literally in the shit.

What sets Brenner and God apart from just becoming another crime fiction novel is that unlike other crime fiction narratives, (with the possible exception of the previous six in the series**) there is an all-seeing, all-knowing narrator who not only gives the reader hints as to what may be coming down the pike for our erstwhile hero, but also warns the reader about mistakes people are going to make in just a matter of seconds, and even offers up some pretty funny and sometimes spot-on philosophical moments as the crime plot moves forward.  As an example, here the narrator is in the midst of adding an element of an important secret to the plot, then takes time out to discuss the nature of secret keeping, why he likes Brenner so much, and then makes a decision that the reader is trustworthy to hear it as well.    Brenner has just been asked if he can keep a secret and not let it get back to the police:

" 'No problem. No one will hear anything from me.'


He would've liked to have said that with a little more conviction, but personally I think a dry promise isn't the worst, because how do you prove to someone that you won't tell someone else? It basically only applies to your best friend anyway, who'll probably tell his wife the very same evening, who'll solemnly swear not to tell anybody else, and her best friend will have to swear the same thing half an hour later.  The more adamantly a person vows to keep a lid on it, the more certain you can be that, come tomorrow, the entire world will know.  And you see, Brenner said it just that dryly, and he's probably the first person in the world who's never actually spoken a dying word of it to anybody.  These are the things I like about Brenner.  But since it's just us, I'll make an exception and tell  you what the doctor said."

I actually calculated that without these narrative moments which run all through the novel and which often include the phrase “my dear Swan,” the actual crime story per se  would take up very little space in the book.  Normally I would cry foul and complain about the fluff padding the author's doing, but not in this case.  Personally, I liked the way Haas set up the narration of this story (and I LOVED Brenner) although I do have to admit that by the end of the book  the wiggy style was beginning to grate and I was starting to need a respite.  In deciding whether or not to read this novel you might want to consider the following:  if you're more into the crime and less into style, you might want to pass because of all of the meandering asides that can be rather intrusive at times slowing down movement toward resolution.  On the other hand,  if you can just relax with the author's style and try to enjoy the humor knowing that the entire book is going to be like this in and around the crime narrative, well I think you'll find it quite funny, very well done.  I will definitely be wanting to pick up the next Melville House Brenner release The Bone Man, which I just noticed if you pre-order you get it 30 days earlier than the general release date. I do hope Melville House will plan a run of the entire series -- starting with book number seven kind of leaves readers at a loss wondering about what other kinds of messes Simon Brenner has found himself in in the past. 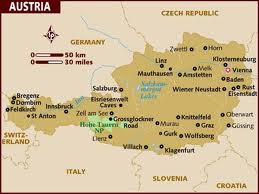