A Not So Perfect Crime, by Teresa Solana

A Not So Perfect Crime is the first of three in a series of novels featuring twin brothers Eduard Martínez Estivill and Jose Martínez Estivill, the latter known as Borja Masdéu-Canals Sáez de Astorga to everyone but his brother, who knows him as Pep. Eduard hasn't even told his wife about the true identity of his brother, and the two of them constitute Frau Consultants, a private "detective" agency with false office doors and a secretary who's always away when their clients come to see them at the office.  They cater to the social elite of Barcelona, people with problems and a lot of money that insures that their problems are handled discreetly.  This series opener finds the two working for an MP who wants to know if the man who painted his wife's portrait is also having an affair with her.  While the book brought occasional smiles to my face because of the many crazy situations in which the two find themselves, the entire crime and its solution could have been achieved in half the space, as  there is much more emphasis on developing the characters, setting the social-class scene and keeping the gags going throughout the novel.  This isn't necessarily a bad thing -- the characters are fun and well established by the end of the story; I can sense this series is going to be interesting as time goes by.


MP Lluis Font calls in the brothers to find out whether or not his wife his having an affair with the man who painted her portrait.  While investigating the artist, they discover that there are a few things that Font hasn't told them -- namely, that he's having an affair of his own, one that literally crashes down onto them.  But when la Seňora Font turns up dead, Eduard begins to realize that perhaps this case is more than he and Borja are prepared to handle.

A Not So Perfect Crime is a good mix of a mystery to be solved, well-developed main characters and a look at Barcelona society.   As the story begins to wind down, there is a decent solution to the crime, one that fits with clues gathered throughout the book. There are plenty of suspects to keep things lively and interesting and when the action is focused on the brothers' investigation, the story moves at a good pace.   The brothers are funny -- they're so different from each other that it keeps things interesting.  Borja is being kept in luxury by his mistress while Eduard often wonders how he and his wife are going to pay the bills. Montse, Eduard's wife, is also a well-drawn character, putting up with Eduard when his problems usually stem from the antics of his brother.   The scrapes that the two get themselves into (generally of Borja's making) are entertaining as is watching them escape their collective predicament.  The focus on Barcelona's higher-class levels of society are also interesting...it is a world where money can buy pretty much anything, where gossip or idle talk can kill careers or make things uncomfortable, where moral scruples are difficult to find, and where only the best will do.  This is, of course, contrasted to the world of the regular people -- where bills pile up and people have to make a living.  The author does a very good job of putting the two side by side so that the reader gets a feel for how the rich and powerful spend their days and how they're often able to manipulate others behind the scenes.

My issue with this book is that there is a lot of stuff in here that could easily have been left out, making for a tighter, less wordy and even at times rambling story.  I didn't care about Borja's adventures with Eduard's sister-in-law, for example; nor did it matter to me about Eduard's previous love affair in Paris. There's more of this kind of thing here, but lots of little things that are meant to go into character development sometimes divert attention away from the crime and its solution, making skimming seem like a good idea in some parts.  I will hopefully expect that when I get to Ms. Solana's next book, Shortcut to Paradise, that less backstory will be necessary and that more focus is placed on the brothers' escapades while solving whatever crime in which they become embroiled.

Overall, A Not So Perfect Crime turned out to be an entertaining novel, and a fine first foray into what I hope will turn out to be a very good crime-fiction series.  Definitely recommended! 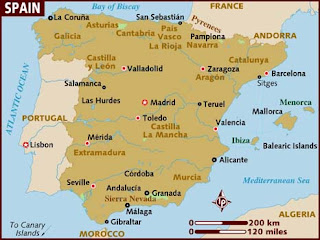