(reposted from the literary side of my online reading journal)

While this book definitely falls on the literary side of things, it's also a book about a crime that really happened in Iceland in the late 1820s.  If you are so inclined, it's a wonderful novel that focuses on a murder that led to the last execution in Iceland in 1830.

Funny thing about this incredible novel -- I preordered it eons ago, and was eagerly awaiting its arrival, and then out of the total blue, the mailman who hates me for getting so many books every day drops this one on my front porch  just last week.  Then, I wander over to Book Passage to see what the Signed First Editions Book Club entry is for this month, and it's (ta-da!) Burial Rites, by Hannah Kent.

The dustjacket description of this lovely novel of historical fiction doesn't quite do it justice. Burial Rites is based on true events that happened in Iceland in 1828, when  Natan Ketilsson and Petur Jónsson were both murdered at Ketilsson's farm in North Iceland.  Agnes Magnúsdóttir and Friðrik Sigurðsson were charged with the crimes and sentenced to be executed by Ketilsson's brother.  There was a third person involved, Sigríður Guðmundsdóttir, who was also arrested, sentenced to death but then had her sentence commuted to life in prison. Agnes was first held at Stóra-Borg, and then the authorities moved her to Kornsá, where she stayed with a family until she was taken to be executed in January of 1830.   According to the author's note, some of the historical accounts of Agnes Magnúsdóttir view her as "an inhumane witch, stirring up murder," but in Burial Rites, Kent sets out to provide Agnes with a more "ambiguous portrayal."  While the blurb inside the cover gives you a taste of the story to come, it doesn't begin to cover just how good a writer Hannah Kent really is.  She has filled this book with so much more than the story of a murder.  Through her excellent use of language,  she brings out  how nature, the seasons, and the Icelandic landscape not only defined the way that people lived and survived in this time and in this place,  but also how people were often left helpless, stranded and in the dark when nature was less than cooperative.  Above all, her writing brings out the psychological damage caused by isolation, loneliness and abandonment in an unforgiving environment.  If I had to describe this book in one word it would be this one:  haunting. 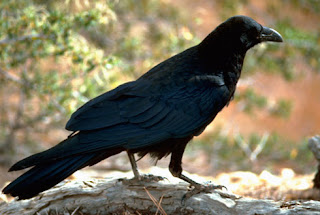 Agnes Magnúsdóttir, abandoned at an early age,  spent most of her life moving farm to farm, working as a servant. As the novel opens, she has been sentenced to die along with two others for her part in  killing two men at a farm along the sea in Northern Iceland. She'd been kept in irons and chains at the first place after her trial, but then the District Commissioner decided she should be moved to the farm of Kornsá to spend her last days, and the family will be compensated for taking her in.   The family at Kornsá is shaken by the news; Margrét, the farmer's wife, protests that she does not want to share her home with "the Devil's children."  As Agnes comes to her final home, it upsets the family dynamic, but Margrét puts her foot down, telling Agnes that she will be put to work, and if there is any "violence, lazing, cheek, idleness" or theft, Agnes is gone. A young assistant reverend, Thorvardur Jónsson  nicknamed Tóti, also receives official word --  he will be Agnes' spiritual advisor during her final days of life, and is urged to get Agnes to repent and confess before she dies.Tóti, who is inexperienced and counseled by his father not to take Agnes on, becomes the vehicle through which Agnes first starts to unspool her tale, and the rest of the book takes the reader through Agnes' story  from her childhood through the fateful day at the farm of Illugastadir, and on to Agnes' last day of life.  Each chapter begins with some form of real official document, or a poem, or in one case, an Icelandic saga, all of which have relevance to what's happening in that particular section.

Alternating voices, dreams and portents, superstitions, haunting imagery, and seasonal routines also help to shape this story.  It is filled with descriptions of the rhythms of farm life, from communal harvesting and slaughter to living in cramped quarters in a turf-walled croft.  But standing above everything that the author writes about is the way she writes it.  It's a book that didn't let go of  me until the very end, and even then I wasn't finished thinking about what I'd just read. You may be tempted to zip through it for the murder story, but don't.  Definitely recommended.  Considering that Burial Rites is the author's first novel, it is highly intelligent, sophisticated, and a novel that readers across the spectrum will enjoy. 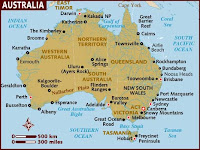