crime from the UK: Sorrow Bound, by David Mark

hardcover - sent to me by the publisher - thanks!!

Quite frankly, David Mark's third entry in this series featuring DS Aector McAvoy is the best he's written and most certainly the darkest of all three books.  For some people the dark tone of the novel may be a drawback, but for me, it's a definite plus.  Each book ratchets up both the tension and the darkness, and there's nothing at all formulaic to complain about in this series of police procedurals.

DS Aector McAvoy of Hull, West Yorkshire,  hasn't had an easy time of it as a cop ever since he exposed the crimes of a corrupt detective superintendent some years earlier. Up to that time, McAvoy had a reputation as a "rising star," but afterwards he became a virtual pariah among his colleagues.  He was moved to the Serious and Organized Crime Unit to get him out of the way, but he managed to prove himself to his new boss even if some of the people there still weren't sure about him. Currently the unit is working on investigating a "highly organized criminal outfit" that runs most of the drug trafficking on the East Coast, and the violent crime rate has increased accordingly ever since.   As Sorrow Bound opens, McAvoy is called to a murder scene where the victim has had her chest caved in, rib bones broken, and organs mangled. It might be gang related; his boss tells him that the murdered woman had recently spoken out publicly about street dealers wrecking the neighborhood.   When another woman is murdered,  the police make a startling discovery that throws the gang-related theory right out the window.  However, while Aector is busy with the police-mandated shrink, moving his family into a new home and trying to function in this investigation with very little sleep, a drug runner makes a serious error that will bring a cocky, self-styled "prince of the city" drug dealer with a lot of serious and well-placed protection behind him crashing into the life of one of McAvoy's colleagues and into the lives of McAvoy's family.

I can't say why, really, so as not to spoil anything, but I was really struck by  the title of this book. It's  incredibly appropriate in a double-edged sort of way;   I was also impressed by how perfectly Mr. Mark bookended the prologue and the epilogue around the main action of the story, giving a nice balance to the book as a whole. It's not always the case that a prologue/epilogue combination is as effective as it turns out to be here. And as always with this author, the sense of place is well evoked,  as are his characters.   He can definitely tell a story that draws the reader in immediately -- I first picked this book up and then couldn't set it down again for hours. So here's the only niggle (which is really hard to scoot around since I don't really want to give anything away):  he has one of the main recurring characters do something that is so totally out of character and so completely unexpected that it absolutely threw me and sent me into  "WTF?" mode  trying to digest what had just happened. Then not long afterward, the same person does something so foolishly stupid as to be just plain dumb,  also very much out of character.  On the other hand, if what I suspect is going to happen actually materializes in the next book, well, let's just say that it's a major game changer for the series -- an even bigger angst-fest than I've seen in any of the McAvoy novels so far. And since I'm a big fan of  both McAvoy  and of David Mark,   I will be waiting right here to see it all unfold.

I am  a true series purist so my advice is to start with The Dark Winter and continue with  Original Skin before reading Sorrow Bound, because a) by now I have a better feel for DS McAvoy and what drives the man and b) David Mark's writing has really matured with Sorrow Bound. In reality, though, it's quite readable as a standalone.  Readers who enjoy their crime on the lighter side may not enjoy this one so much, but readers who tend toward darker fare should find plenty to keep them glued here.

My thanks once again to the good people at Blue Rider Press who sent me a lovely, finished copy to review. I'll be waiting patiently for the next McAvoy installment. 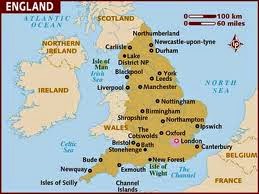