"... something malign is coming nearer and nearer. And in this house at the end of a promontory, I’m trapped."

Rustication begins with an absolute teaser.  The author, presumably since the initials at the end of the Foreword are given as CP, has discovered a document that had "lain unnoticed for many years" in Thurchester's county records office, one that "casts light" on a now-forgotten murder.  Inside this journal he had found a "number of anonymous letters" that had some bearing on that case, and he is intrigued by the testimony of a police officer who admitted that while investigating the murder and going through these letters, there was one where he'd only been allowed to  read part of. The rest of the novel is this recently-unearthed journal kept by seventeen year-old Richard Shenstone, and what follows is  a dark, twisty and ultimately satisfying story which takes place 1863-1864 on the southern English coast. It begins with young Master Shenstone's surprise homecoming after having  been tossed out of Cambridge University. In the parlance of the day, Richard has been "rusticated," meaning  he was "sent down or expelled temporarily," a word that, according to the Kings Language Academy,


"derives from the Latin word rus, countryside, to indicate that a student has been sent back to his or her family in the country..."

Richard is not expected home so soon, and when he arrives, he finds that no one is happy to see him. He finds his mother and his sister Euphemia (Effie) living in near poverty in the gloomy, dilapidated Herriard House, situated on the marshes overlooking the sea. He's amazed to find it in such a low state, since the two women have been living there "for weeks."  Even worse, neither of them wants to talk about his now-dead father, whose funeral he'd missed while away at Cambridge.  Richard himself isn't exactly forthcoming about why he's come home so early, but as the story progresses, it seems that his homecoming is just the tip of an  iceberg of secrets.  Then again,  it isn't just Richard who is holding his cards close to his chest.  While his mother waffles back and forth between him leaving and staying,  he gets out into "society" with his family in the small town of Stratton Peverel, where he discovers this charming little place is just teeming with tension. Underneath the jealousies, rivalries, alliances, even more secrets and worse -- someone is sending letters around that make the term "poison pen" seem tame and slashing local farm stock. Richard, who spends his  nights smoking opium and wandering about the countryside,  fills his journal with his observations (and his sexual fantasies)  and  because he really wants answers to what exactly is going on both at home and in the village, it isn't long until he starts digging up secrets that some people would rather remain hidden. Trying to be a decent sort of chap, he wants to set right a few things,  but only too late does he discover that in  trying to do so he may have fallen into a trap. 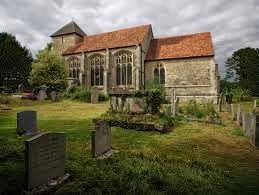 Palliser has always been a personal favorite. Some time ago I read and re-read his The Quincunx,  which was my launching point into the world of  Victorian sensation writers such as Wilkie Collins and Mary Elizabeth Braddon.  Just FYI, the term "sensation novel" refers to works of the period that deal in a very large way with family scandals, crimes, sex and all sorts of lurid things not spoken of in polite society. Palliser has in  many ways has recreated the same sort of atmospheric creepiness here in Rustication with the isolated, gloomy house filled with secrets, a few characters who are prone to delusions, the undercurrent of sexual and other tensions that run through day-to-day village life, the portrayal of women jockeying for position among their own and the higher classes, and the reproduction of the hand-written threatening letters.   He also gives us a somewhat  unreliable narrator in Richard Shenstone, now cut off from Cambridge and slowly heading toward another "severance," providing  all the makings of a mysterious melodrama that kept me from putting the book down for longer than absolutely necessary.  It may start a little slow, but keep reading -- you will not be disappointed.