The best way to describe this book: stomach churning.  A Dark Corner is #4 in my ongoing project of finding and reading obscure women writers, and it is easily available in paperback from Faber, it has been reproduced as as part of the publisher's excellent Faber Finds series.  And so far, it's been the darkest and most edgy novel of the four.  Actually, I had no idea at that I was going to be so completely devastated by this novel when I first picked it up. Oh my god -- to say that this book is dark is an understatement.  I like dark as a rule, but I'd just read Cormac McCarthy's Blood Meridian and Stephen Gregory's The Cormorant, both of which are beyond disturbing, so it's been darkness on darkness on darkness, which even for me is too much all at once.

Arthur and Nelly Didcot  live in a small but respectable house on London's Wardlow Road.  On a dark rainy evening,  Nelly is summoned to the door where she discovers a young man named Errol with a terrible cough. He's got an ad for a room in his hand, but he has mistakenly come to the wrong street, looking for Wardlow Crescent.  Nelly, though, takes pity on him and brings him in for a cup of tea and a warm up by the fire. Errol has a fever and Nelly just can't bring herself to send him on his way.  When Arthur comes home and Nelly tells them they have a house guest, Arthur's not too happy, but allows Errol to stay. Soon the temporary arrangement becomes more permanent, and Nelly's happy -- she's a shut in, she'd lost her son when he was a teen, and her affection for Errol begins to grow. Arthur also seems to get used to the arrangement, taking Errol around with him on his Sunday walks and showing him the "project" he's been working on for years in the privacy of his den that no one, not even Nelly has ever seen.  Errol returns Nelly's affection, but how he feels toward Arthur eventually becomes an entirely different story.  The dynamic between the two literally pushes Errol into the titular "dark corner" from which there may be no possible escape. 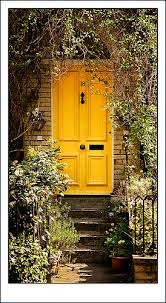 The darkness in this book, believe it or not, has nothing to do with the number of dead bodies that are literally piling up, but with what actually goes on behind closed doors in that house on Wardlow Road. A Dark Corner is a story that reveals the secrets that hide behind the facade of respectability; it also asks the question of  how a seemingly normal person who prides himself on his high moral and ethical standards can turn out to be a monster who is free to roam the city streets.  As a warning to potential readers,  this book contains a lot of racist content, but it is not done maliciously, instead reflecting a psychotic sickness lodged in the mind of a truly evil and demented person.

What happens in this novel literally made me squirm on several levels and actually left me unable to sleep after finishing it. However, the worst part of the entire novel is the message that literally  anyone might turn out to be the human monster of this book and we may not even have a clue.

definitely NOT for the faint hearted.
Posted by NancyO at 11:17 AM