The Stone Murders, by Matti Joensuu 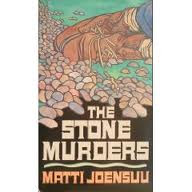 Set in Helsinki, The Stone Murders is the first in a series of three, followed by The Priest of Evil and To Steal Her Love. Timo Harjunpaa is a detective sergeant in homicide and he's seen his share of ugliness in the past. It's about to get uglier, as he's called out to investigate what seems to be another murder, but he finds the victim still alive yet barely clinging to life. The man has been brutally attacked -- while knocked out with a beer bottle, his assailant jumped on his chest, pounded his stomach area with a mass of heavy stones, and left him for dead.  Harjunpaa gets to work on the case but has no idea what's waiting for him as he gets closer to the killer.

The Stone Murders is not really a mystery, because the criminals are revealed right away to be young men from extremely dysfunctional families and backgrounds.  It is more of a police procedural, but at the same time, Joensuu interweaves into the story a brief look at the problems of 1980s Helsinki: child abuse, alcoholism, prostitution, and teen gangs that have no respect for anyone (especially the police, who fear them), to name a few. There's also a look at the police force itself -- the ridiculous bureaucracy, the lack of officers to handle the ongoing crime problems, and the ineptitude of a few who are supposed to be in charge of others. Joensuu also offers a look into Harjunpaa's personal life, which as things get worse for this particular case, becomes his safe haven.

Considering that this book is a series first, it's very well done. The characters each have a separate identity without going into overly-detailed descriptions.  And every now and then Joensuu fleetingly allows the tough-guy façade of the criminals to fall away, replaced by the young and immature children that they are. Harjunpaa is a good cop, but even more, he's portrayed as a human being, with his own fears for the future of the police force, life in Helsinki, and for his family. All of this is done without ever devolving into something sappy and sentimental.  The story is well paced, the plotline is quite good and believable. There were no distractions that made me want to skim, which is something I always look for in any book.

Readers of Scandinavian crime fiction will enjoy this, as will anyone who likes a good police procedural. It's definitely difficult to believe that this is Joensuu's first novel. 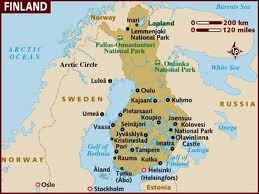