The End of the World in Breslau, by Marek Krajewski 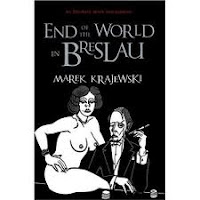 Eberhard Mock is back in yet another adventure, this one involving a series of bizarre murders whose victims seem to have no connection to one another, yet which the police know have been done by the same person.

It's 1960, and Eberhard Mock is in New York City, dying of lung cancer. His old friend Herbert Anwaldt (who first appeared in Krajewski's Death in Breslau) comes to see him and Mock has a "confession" he needs to get off of his chest before he departs this earthly life.  Flash back in time to 1927, to Breslau (which at the time was part of Weimar Germany). A shoemaker who has rented space in a building notices a disgusting smell, which his brother-in-law suggests might be a rotten egg behind one of the walls -- a sort of joke played by masons when they felt they were not paid properly.  The shoemaker begins to knock down the wall and a body of a musician is discovered. The only clue is a page from a calendar with the date of September 12 of that year, written in blood. More bodies follow -- a follower of Hitler (who in 1927 had just made his rousing "Nuremberg Rally" speech), a Communist, a locksmith, and an historian -- each left with the calendar date of the victim's death left behind. Mock is charged with solving these crimes, and to do this, he must find what links all of these disparate victims -- a seemingly monumental task. However, he's got several things on his mind to keep him distracted from his duty, none the least of which involve his nephew and his young, beautiful and unhappy wife Sophie, as well as his own inner demons which have the power to destroy him both personally and professionally.

Once again, Krajewski takes his readers on a descent into the seamy side of Breslau's underworld,a place of hedonistic and lascivious delights designed for the higher-ups in society which would tempt even the most incorruptible of saints; where money will buy some of the most depraved pleasures the city's more adventurous entrepreneurs have to offer. Krajewski is the master of atmosphere, and creates an almost claustrophic aura that lingers throughout the novel, so much so that when you read the last page, you want to take a breath of clean air.  This installment of the Eberhard Mock series gets more into the psyche of the Criminal Councillor than the first book in the series, and rather than go forward in time as is the case of most crime fiction series, this one ratchets back a few years before the action of Death in Breslau.   Krajewski is also a most excellent writer -- my favorite scene that showcases his talent is one in which Mock has had to answer the queries of a private police investigator who is searching for the now-missing Sophie, and as Mock is working a crime scene, his answers to that questionnaire are juxtaposed with discoveries made at the site of this most appalling murder. The characterizations are excellent yet not stereotypical or predictable.  The period detail is plentiful without being bogged down (as is the case with many period pieces) in minutia, and the pacing is perfectly executed.

Highly recommended, but probably not for everyone. There is nothing even remotely cutesy or nice about this story. It is pure seedy, steamy and hard core noir that does not let up and which gets you in its unrelenting grip, keeping you there until the last page is turned. It's claustrophobic and edgy -- in short, my kind of crime fiction. I hope Krajewski keeps writing -- I love these books. And whoever designs these covers should be given some kind of award! 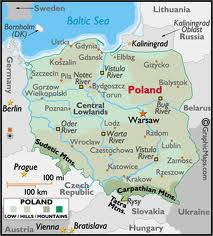