The Viper, by Håkan Östlundh

After a long hiatus from Scandinavian crime fiction to focus on the a) Man Booker Prize longlist and b) a number of ARCs,  many of which I still have yet to write up, I finally got around to this one after it sat here for a month.  Östlundh may be new to the American crime scene, but he's an established crime writer in Sweden, where his series featuring Fredrik Broman has already enjoyed success.  The Viper, written in 2008, is book number four in this series, so  here we go again, starting American readers with a book way down the series list instead of book #1, not giving us a chance to familiarize ourselves with the main characters before plunging us well into the thick of things.   -- sigh -- This novel  is a police procedural which also tries to be a psychological study; as a police procedural it's pretty good but otherwise it comes off sort of flat. When the Visby cops are doing their job it's quite interesting; otherwise, it's a bit confusing, incomplete and rather so-so.

There are two main stories at work here.  As the novel opens a helicopter is landing at a hospital, its patient none other than Fredrik Broman himself.  He has sustained terrible injuries that will keep him hospitalized for some time.  That storyline is interspersed with the investigation that ultimately put him there, as the police are called to the scene of a double homicide. The female victim is Kristina Traneus, wife of  Arvid, who is returning to his life in Sweden after a number of years away as a corporate "annihilator" in Japan.  Kristina was not at all happy about Arvid's return; it seems that while Arvid has been gone, she had taken up once again with her former lover (and Arvid's cousin) Anders. But the question on the minds of the detectives is that of the male victim's identity -- who is it? His identity has been virtually wiped out after having been attacked in a frenzy with some sort of very sharp blade, and the police are left to wonder if it was Anders, Arvid or even a third, unknown party.   During their investigation, the police pick up clues about Arvid and Kristina's family life, which, according to everyone,  was all but happy -- including the death of a daughter some years earlier, something "hush-hush," which "may have been cancer, or else something psychological that made her commit suicide."


While the central mystery behind the identity of not only the killer but the victim is solid, keeping the reader interested enough to keep reading on, the characterizations leave a lot to be desired. Chapters move quickly, and each character plays a part in moving the story along.  But therein lies the problem: considering that the story moves via an omniscient narrator between the viewpoints of different characters, you'd think the author would have put much more effort into careful character construction.  Sadly, with the exception of Arvid and Kristina, the others come across as less than credible, especially when the author tries to delve inside of their respective heads.  And I'm sorry -- but why do we need a high-class prostitute talking to Arvid's penis before performing oral sex in the very first chapter?  I hate when authors do this. Arvid's inner thoughts could have been done while looking out the window, his womanizing described succinctly, but no, the author has to throw in some really stupid fellatio moments right at the outset. Really?

I would love to read his other work to find out if this one is an anomaly among the other series novels; normally I would chalk this up to the problems often found in series' first novels, but this one is the fourth.  To be fair, I was interested in the main murder plot, and I was interested in the story of the dead sister, but the latter had to be guessed at, pulling in clues here and there as the story progressed, ultimately to be somewhat disappointed.  And to be fair, this book is getting a number of great reviews, with people comparing the author to other masters of Scandinavian crime fiction.  I may not agree with their assessments of this book, but as I'm always saying, after years and years and years of reading crime, I'm a very tough audience. 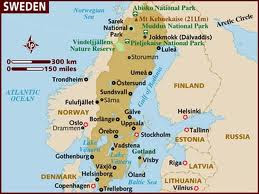