from Europa's World Noir series: Cemetery of Swallows, by Jean-Denis Bruet-Ferreol (aka Mallock)

Once in a while I pick up a crime novel that literally blows me away.  Cemetery of Swallows is one of them.  By the last few chapters I was literally talking to the main character  out loud saying "come on! I know you'll figure this out! I know there's got to be a logical explanation!"  I don't tend to get that excited in the normal course of crime reading, but this book put me through the wringer and kept me there up until the last minutes.

Police superintendent Amédée Mallock is famous for his work on difficult cases.  He lives alone, and considers himself “the king of the homebodies” since having lost his wife and son some years ago. He has haunting and recurring dreams about his little boy, and never talks about him to anyone.  He's a great cop and he has a great team.  One of his team members is Julie, and a week before we first meet Mallock on a plane to the Dominican Republic, she tells him she must take a special leave because of her brother. Her distress is so obvious that Mallock has to ask her why. She relates a very unusual story to her boss that started a week earlier.  One morning, her brother Manuel  Gemoni was watching a video a friend gave him about cigars (which he's passionate about) and cigar making in the Dominican Republic, when he recognizes a face on the screen.  He doesn't know who it is exactly, but he knows he has to kill him.  Abandoning his wife and baby, he travels to the island nation, where he waits in a place he knows the guy will eventually show up. When the opportunity arises, Gemoni kills him in front of a number of witnesses and is himself wounded and then arrested. The only thing Julie really knows is that upon his arrest, her brother made a bizarre statement that no one understands:


"I killed him because he had killed me."

Since he is fond of Julie, and because of the family Manuel left behind, Mallock decides to get involved, and soon he is on a plane to the Dominican Republic to bring Gemoni home.  As things turn out, getting him back to France is the only easy part of this entire case.   To help him, Mallock and his very talented team will have to find out what actually happened and more importantly why Gemoni would kill someone he didn't even know. He faces not only prison time in France, but a return to the Dominican Republic for trial where it's highly unlikely he'll stay alive to even go to court.  They have to find something that will provide Gemoni with a reasonable defense.  But after hearing Manuel's side of things, they realize that they have only the slimmest of margins for success.

Cemetery of Swallows is centered almost completely on the main character. Without going into detail so as not to wreck things, Mallock finds himself on the horns of an unimaginable dilemma. At first, Mallock has no clue what to think about the wild but unflinching story Gemoni  tells from his hospital bed. He felt as if he'd been


"confronted by either a brilliant actor -- a possibility that could never be excluded -- or one of the annoying enigmas that life sought to put in his way.
A third possibility: Manuel was simply crazy. Schizophrenia could explain the twofold feeling he had with regard to this crime. For a moment he began to hope that the psychiatrist would confirm the young man's insanity. Wasn’t that the best solution? They take him home and have him cared for. He’s put in a psychiatric hospital and the case is closed. Then he thought of Julie and was angry with himself."

Mallock also knows that the third possibility is just not feasible:


"Well then, since he cannot and must not be either mad or guilty, let’s go with the enigma, he said to himself."


Yet, back in France,  as he and the team delve deeper into what Gemoni reveals and they come to the only "reasonable" but startling conclusion, Mallock finds himself


"experiencing, without being able to defend himself against it, a regular attack by the most militant irrationality. His world of deduction and synthesis could handle intuitions and even visions without too much difficulty, but no more."

The usual politics and power plays, along with leaks resulting in a veritable media frenzy don't help Mallock or his cause either, but he continues to fight on, literally up to the last moment, either ignoring or cleverly  surmounting the obstacles in his path.

While I feel badly that I can't really divulge any more of the book than I have, sometimes less is way more, especially here because there are so many things going on that depend on the element of surprise and for that matter, shock value. And surprised I definitely was, not just in terms of plot, but also by how deeply involved I became in finding out the truth of things. When, as I noted in my first paragraph, I am actually talking to the main character because I want him to find the logical explanation for everything, I'd say that I was beyond engaged. That kind of reading intensity just doesn't happen with every book I read, but in this case, it's obvious that the author had his story well thought out way ahead of time. He pretty much had to -- this storyline is so twisty (and twisted in parts) that every new revelation opened up yet another can of worms.  It's also obvious that he's given more than just a minimum amount of thought to his hero -- aside from the details about other cases that Mallock has solved, by the time I finished this book I felt like there was very little I did not know about him. Normally that never happens for me either.  Cemetery of Swallows is a novel I can wholeheartedly recommend for readers of translated crime fiction and for readers who want something very different in the genre.  It's one of those books where you literally have to wait until the very end -- only then does the light bulb go on and you get to the "aha" moment that for me is the payoff . This book is also genuinely innovative  in terms of crime fiction reading, and I had a great time with it. I'm also going to buy every book that this man writes as soon as they're published. 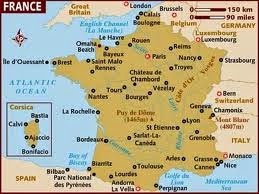