My most recent reads are not from the distant past, but rather more contemporary books.  From time to time I do detach myself from yesteryear to keep up with what's out there right now -- rare these days but it does happen.

I love Frédéric Dard's books, and have bought everything of his that's been translated and available.   The King of Fools, while in my opinion not his best book, is still quite good, and definitely one not to miss.  This story is narrated by the main character Jean-Marie Valaise, a sales rep for an American firm that sells adding machines in Europe. As the story opens, he is on the off side of the on again/off again relationship with his girlfriend Denise -- the two were supposed to have been on holiday on the Côte d'Azur, but rather than cancelling his trip, Jean-Marie decides to go anyway.  He's not sad exactly, but as he notes, he's experiencing "a feeling of intense disenchantment," which has left him "weak and vulnerable." I knew the minute I read that phrase that something would happen with him, and I wasn't wrong.  While inside of a restaurant, he notices a young woman, Marjorie Faulks, getting into his car, rushes out and confronts her.  As it happens, she's made an honest mistake -- her car is nearly a twin of his.  She leaves, but they meet again at the roulette table of a casino, and then again when she comes to his hotel to pick up the beachbag she's left in his car.  He can't help himself -- while nothing happens, he finds himself irresistibly drawn to this woman and after learning that she'll be in Edinburgh alone for a while before her husband is able to join her, decides that he'll go too.  He explains what's going on in his head to Denise, who's recently arrived; after four days together he makes his move and rushes off to Scotland to find Marjorie. What happens after he arrives is the meat of this novel, and makes Jean-Marie realize that he had "followed the path of madness at every turn."

A definite noir page turner for sure, but the thing is that I figured out (in part) what was going to happen, so it was a bit of a letdown. That's certainly not Dard's fault; you can blame it on my years of crime fiction reading.  At the same time, there were still a couple of surprises in store, especially with happens at the end of the story, which actually made me laugh.  Clever? Indeed.

Next up is The Shadow Killer by Arnaldur Indridason, which is the second book in his new series following The Shadow District, and for me, it's another really good book by one of my favorite Scandinavian writers. 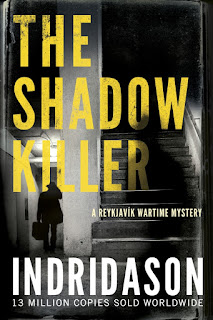 The Shadow Killer and its predecessor The Shadow District, are both what I call historical crime fiction, and while it's true that The Shadow District starts out as a contemporary read, it is a blend of both present and past, and I've come to realize that this is a hallmark of pretty much all of Arnaldur Indridason's books. It was true in his Inspector Erlendur novels, and it's certainly the case in this newest one, which continues the series featuring Detective Flóvent of Reykjavik's CID ("the only detective...") and Thorson, an MP who is a West Icelander from Manitoba whose parents had migrated to Canada.  Whereas in the previous book the two had already been working together, Flóvent and Thorson meet for the first time here, as they team up to solve the case of a murdered traveling salesman found shot in the eye.   As Flóvent muses, "Murders didn't happen every day in Reykjavik," so he wants to do things right.  Set during the American occupation of Iceland, Thorson is put on the case since the bullet which killed the salesman had come from a Colt .45, "the standard-issue sidearm carried by American servicemen."  There are already enough problems with "the Situation" (in Icelandic ástandið) between Icelandic women and the military; now, Thorson's superior needs him to stay on the investigation just in case it turns out that the killer is an American.  As he says, "Not all of the locals are happy about our presence here."  As the case progresses, a darker, uglier side of history raises its head; but the book also examines change, especially in terms of the impact on the Icelandic population from the presence of foreign troops in a previously closed society.   I have to say that I'm a bit flabbergasted by the 3.3 average rating given to this book by goodreads readers, because a) it deserves so much better, and b) it is so rich in history, something  that anyone who reads Indridason's work should have known before even turning the first page, since as I said, it's sort of a hallmark of his in all of his work.  Oh, and don't miss the reference to the subject of Hannah Kent's excellent Burial Rites found here. 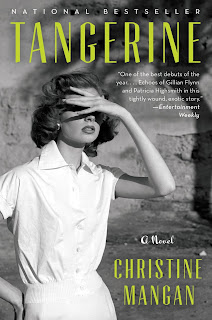 Well, as much as I try to find books that I think I will enjoy, I have to admit that this wasn't one of them.  Have you ever read a book and come to a certain point where you say to yourself "I've read this before?" It's not even that I figured out the plot with this one -- it's that I'd actually read this before.  Change the sex, change the location and no matter what, it still comes out like a version of Highsmith's The Talented Mr. Ripley, so much so that at one point I considered putting it down because I just knew with certainty how it was going to end. I hung on through the end, and I was so right.  Mix that with some of the elements of a Victorian gothic/sensation novel and well, that's this book.  It wasn't all bad, though ... the backstory of the two main characters was very nicely done and had the author proceeded along a different path than Highsmith's, it could have been right up my alley.  Sadly she didn't and it wasn't.  Not one I can recommend, really, and I feel bad about that, but it is what it is.