No Sale, by Patrick Conrad


Patrick Conrad is a new author for me, although he has a long history of writing under his belt encompassing essays, poems, romans noir, novels and screenplays.  He also adds painting, and directing movies for television and the big screen to his list of talents.  His writing in No Sale won him the Diamanten Kogel/Diamond Bullet Award in 2007, honoring the best writing in Dutch crime fiction.   It ranks up there with one of the strangest novels I've ever read (in a good kind of way), taking a metafictional approach incorporating the dark world of film noir into a police investigation of a  bizarre set of murders to create a rather surreal reading experience.

At the very core of this novel is the enigmatic Victor Cox, a man in his 60s who teaches History of Cinema at Antwerp's Institute of Film and Theatre Studies.  Cox also owns an impressive collection of "cinema props  and curiosities," and is teetering at the edge of retirement as the story opens.  He is married to Shelley, who has disappeared.  Shortly after Cox reports her as a missing person to the police, a body is discovered jammed underneath a jetty between two yachts in the water off the Bonaparte Dock.  Once the dead woman is identified as Shelley Cox, the detectives, Lannoy and Fons Luyckx (nicknamed "The Sponge") get to work.  The first person on their list is her husband Victor, who as Lannoy so aptly notes, is

"an absent-minded professor living for years alongside his wife but who doesn't quite understand what is happening to him in the real world."

Shelley, however, had a "split personality," one side of which she lived out in the seamier side of town, the Docklands, where she became Dixie, so the detectives realize that her husband may have had nothing to do with her death.  Eventually he is cleared of being involved, but Cox is soon back in the detectives' collective sights when a chance remark gives The Sponge cause to connect Shelley's death with the earlier murders of two other women. As years go by, and a number of women also meet rather bizarre ends, the detectives begin to realize that Cox has some sort of connection with each one of them, but evidence collected at each scene fails to yield any tangible association leading back to Victor as their killer.  But Victor isn't so sure -- his growing attachment to one of his young film students with a strong resemblance to Clara Bow (or Louise Brooks)  has left him treading the thin line between reality, dreams and the plotlines of his favorite classic noir films, which serve as a distorted lens through which Victor views his world.  After he retires, he finds himself "increasingly at home in a fantasy world that evoked the bygone charms of the Twenties and Thirties."

While several noir films are necessarily explored in some detail here in keeping with the plot, Conrad also employs the same contrasts of light and dark in his descriptions of Antwerp and the people who live there.   At Shelley/Dixie's funeral, for example, he writes:


"On the left, the world of night: the inhabitants of Docklands, the pub and cafe owners, the faded revellers, the knights errant of darkness, the ghosts and shades that rarely brave daylight and who had accompanied Dixie to the bitter end of her insoluble quest. On the right, the world of light: Victor Cox, pale and overcome by emotion, surrounded by his students and the complete faculty...And then what was left of Shelley's family...Also a few senior officers, including Aimé Butterfly in civilian dress, who fits in everywhere -- and therefore nowhere -- and does not know which side he should choose."

and later, when Victor is out taking a stroll before ending up in the red-light district called the Vervesrui,


"The night is bright and the sea breeze blowing out the purple north over the bay of the Scheldt smells of iodine. The coloured lights of the bars and restaurants opposite are reflected like thousands of trembling serpents in the inky waters of the Bonaparte Dock. Cox strolls along terraces that are still packed full at this late hour and looks almost tenderly at the festive crowds...On the Nassau Bridge he stops and stares at the motionless water, at the tar-smeared jetties along the gangway where Shelley's corpse drifted among dead rats, empty plastic bottles and rotting vegetation. "

No Sale is not only related via a dual-narrative format (Victor's story and that of the two detectives) that eventually come together,  but also, like any good noir novel, addresses the dual natures that exist within some of the main characters and the drama that  is played out in terms of their own respective views of reality.  Even the city is afforded its dark and light shadows and tones.  Reading this book gave me the same uneasy feeling as when I'm sitting in the dark watching a suspenseful film and wondering how things can get any worse, and the layering of film noir into a murder mystery heightens the effect. Then again, there are some comedic moments (especially involving Clint Eastwood and Dirty Harry) to provide relief.

As a crime novel, the plot is intriguing, and while it's not too terribly difficult to figure out what's going on after Victor has his moments of epiphany, it was often a bit of a stretch of credibility in terms of the contrivance of the murders to fit within their given frames.  But then again, this isn't so much a novel you'd read for the solution to the crimes but rather one to be enjoyed as a more intense focus on human nature.  It's also a cool way to explore film noir -- even if you know absolutely nothing about it.


Definitely recommended -- it's not your average crime novel but something even better. 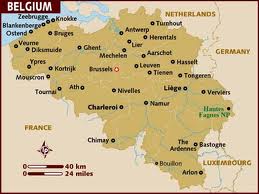