*Evil and the Mask, by Fuminori Nakamura

arc: my most grateful thanks to Soho Press for offering me a copy of this book.


"When human consciousness stops fooling itself and looks at the situation straight on, it can't cope. "

If you haven't read Fuminori Nakamura's first translated novel The Thief, it is a most excellent novel that zooms in on philosophical/existential issues centering around a master pickpocket in Japan. I really loved that book, but his newly-translated novel (the second of three he's written) is even better. The author delves  below the surface to examine whether heredity, environment or a combination of both is responsible for determining human behavior --or the  possibility that a person's future might just be predetermined and unalterable.

The main character of this novel is Fumihiro Kuki, who the reader first meets at the age of eleven. His elderly father clues him in on a secret -- Fumihiro was born for the special purpose of becoming a "cancer," "a personification of evil" who will "make the world miserable ... make everyone wish they had never been born ... and "make everyone think that the light of virtue does not shine in this world."   The family has its own line of cancers, born to "spread a stain over the light of the world," a tradition that Kuki's father has revived. Fumihiro never knew his mother; he lives alone in the big Kuki mansion with a housekeeper, his father (who is often away for business) and Kaori, a young girl his father adopted from an orphanage. Fumihiro detests his father, and suffers from serious depression, which he covers with a "mask of cheerfulness."  His situation is untenable, but Kaori is the shining light in his life. It is Kaori he sees in his dreams about his future, having kids, making her happy and living in a house by the sea, and he falls for her hard.  With Kaori, he's able to "squeeze his darkness into a tiny piece buried deep inside him," and all of his "pent-up energy," which was "trapped" by his depression goes into caring for her.  He has been told by his father that when he turns 14, he will show him hell.  As Fumihiro moves into his thirteenth year, he and Kaori have become very close, but when Fumihiro realizes that his father has been using her to satisfy some perverted desire, it becomes clear to him that  the hell he promises Fumihiro for his fourteenth birthday has to do with Kaori.  It also becomes clear that the only way he can prevent his father from going ahead with his vile plan is to get rid of him.

Looking back from adult life, Fumihiro tells of being plagued by several questions about acting on what he knows he must do and what society would say about his actions. He wonders whether or not it is a crime to

"kill someone who was absolutely determined to harm you and the person closest to you? Was this just our selfishness? Weren't we being forced to break the rules to protect ourselves from this powerful madman?"

After weighing what he knows the outside world would tell him against  his need to protect Kaori, he is more determined than ever. They might think he was "the evil one," but Fumihiro doesn't care.  As he sets his plan in motion, his father tells him that he's "got what it takes to be a cancer," and that he has "all the makings of a real monster."  Was his father right? By killing his father would he be stepping into his predestined role? Is he truly his father's son?  The aftermath of that act haunts Fumihiro, leading him to some pretty drastic measures, one of which is to have his face reconstructed in his 20s, along with other crimes (including murder) all as a way of preventing worse things from happening.  The story is narrated by the adult Fumihiro, plagued by ambiguity, looking back over his past and relating his present, all the while trying to get a grip on understanding himself and the effects of his "rule-breaking" acts in the bigger, wider world around him.   Is his rational examination of his life and deeds a means of confronting the truth or a way to avoid facing it?

Evil and the Mask is an outstanding novel, extremely well written, and I haven't read it in Japanese but the narrative is never halting or awkward so I'd imagine that as a translation it's quite good. There is a lot to this novel and I've pretty much just skimmed the surface here, but from my own casual reader perspective,  it's an amazing book that throws out conundrum after conundrum to Fumihiro and to Nakamura's readers as well.  I don't know that I'd classify it as a crime fiction novel per se -- while there are certainly some smoky, seedy bars and private investigators that conjure up visions of the darkest noir, and although there are a number of crimes committed during the course of this book,  it's the philosophical that ultimately takes center stage.  It's very dark in nature, so if you're looking to this novel as a beach read over the summer -- forget about it.

Super book, and I loved every second of it. Most highly recommended. I hope Soho plans to bring out Nakamura's third book as well. 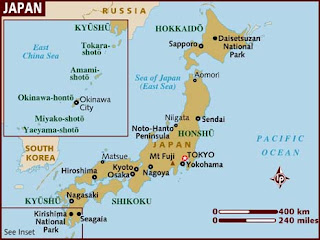