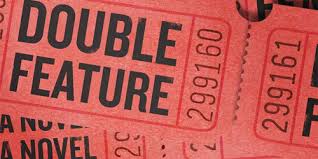 Two crime novels from Italy which couldn't possibly be any more different from each other are the topic of today's conversation.  For one thing, Game of Mirrors is Camilleri's 18th series entry while Manzini makes his crime debut with Black Run.  For another, the two main characters, Montalbano and Schiavone are like polar opposites of each other.  Montalbano is the good-natured detective we've all come to know and love, while Schiavone, if you'll pardon the bluntness of my expression here, starts out as a complete asshat.  In Schiavone's defense, there are a number of reasons for why things are like this with him (one big one you don't really comprehend until  the last pages of the book), but he is definitely what I'd call a most unlikable kind of guy.  However, I'm not someone who needs to love the characters in books I read, and when all is said and done Black Run is a good series opener. But more later.  First, Game of Mirrors. 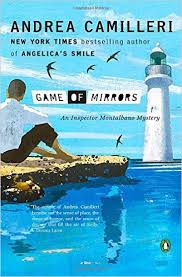 As I said at the outset, Game of Mirrors is the 18th installment in Camilleri's Montalbano series, and from day one I've thoroughly enjoyed each and every book.  That hasn't changed, although it does seem to me that Camilleri has taken a more serious direction this time around.  Salvo is still Salvo though, still eating at Enzo's trattoria, still taking time to meditate on his rock, and still getting in trouble with the ladies while Livia isn't around.  This time it's his new neighbor, the knock-out Signora Liliana Lombardo.

As usual, Montalbano's strange dream opens the novel, interrupted (thankfully) by a call reporting that a bomb has gone off somewhere.  No one is hurt, thank goodness, but trying to discover who set it off and why is the squad's major challenge.  As the investigation proceeds, Liliana is doing all she can to seduce the Inspector both publicly and privately, leading Salvo to question her motivation.  Not that he's not an attractive man, but still -- even to him she's overdoing it.  While the bombing investigation proceeds, Salvo finds himself under fire from his TV-reporter nemesis Ragonese, but when things start to escalate and dead bodies start turning up, Salvo realizes that someone really has it in for him.  By the time things come to this point, the hunt is on for exactly who this might be, and more specifically, why Salvo himself has become a target.  He is, in short, "faced with a a series of occurrences without any apparent reason behind them."

Reading this novel, you might notice that this book isn't quite as funny or as critical as the past installments have been and that here the focus seems to be much more on trying to connect the dots between a series of strange crimes.  At the same time, the story has all the same characters, relationships, and dialogue that together with Montalbano's quirkiness have kept me reading through eighteen books.  I think what I enjoy most about this book beyond the usual craziness and the convoluted crimes is Camilleri's flair for catching the people whom one might run into on the streets.  There's a great scene (184,185), for example,  where an old man is sitting in a building's courtyard, smoking a pipe, complaining that he doesn't talk to his daughter because she doesn't want him smoking inside the house.  The old guy is just so perfectly captured here that you can't help but laugh, especially when he punctuates his complaints by spitting "a clot of dense brown material that looked like prune jam."   But please, PLEASE do not let this book be your first introduction to Camilleri's novels -- you will have missed precisely what makes these books so wonderful and so worth the wait for each and every new book.  Getting back to the oddball combination of realistic crazy people in these books is the highlight of each installment.  I will be SO incredibly bummed when this series is over.

And now, to the new guy, Antonio Manzani and his Black Run.  Frankly, I feel a bit badly about writing 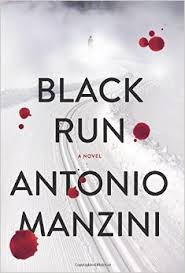 about the two books in the same space, because reading the two is really like reading apples and oranges, if you'll excuse the borrowing of the cliché.  On the back cover, there's a blurb by Camilleri which reads

"Manzini devotes more space to his characters than to events, and the detective story is a pretext for talking brilliantly about Italian society."

and I would have to agree with him wholeheartedly.  Set in the alpine mountains of Val D'Aosta in Italy, the book starts off with a gruesome scene, beginning with a snocat operator  making his way in the dark down  a mountain ski track heading into the village of Crest at the Champoluc ski resort.  He's singing out loud, "hitting the high notes," while cheerfully listening to Ligabue on the radio.  Suddenly, he realizes that the snocat has hit something.  He gets out, and notices feathers being blown about by the wind.  Still uncomprehending, he walks on, until he runs into an "enormous" red stain, "churned into the white blanket of snow."  The next look he takes has him throwing up -- and this is where we meet Deputy Police Chief Rocco Schiavone, who is awakened during a sound sleep and sent out to have a look.  The discovery of a mangled body puts Schiavone in charge of a case that has any number of potential suspects once the dead person is identified. 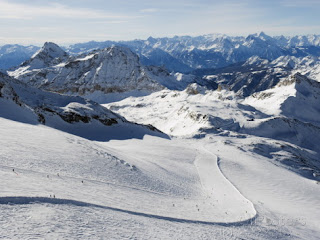 Schiavone is not, I repeat NOT, your typical crime-solving Chief Inspector. For one thing, he has this bizarre habit of meeting a person and giving them some sort of animal equivalent in his head, genus, species, order, suborder. He's prone to ridicule those who serve underneath him if he finds them lacking.  He is a definite ladies' man but at the same time, comes off as a misogynist; he is also prone to using violence or threats as a means of putting fear into people.  He scoffs at the people of Val D'Aosta as they seem to be beneath him somehow, and he's crooked.   Everything gets compared to Rome, where he'd previously worked before he was sent seemingly into exile where he is right now.  The story of what happened in Rome has to wait until later in the book, but when it comes out, it does sort of give you an idea of why he became what I called an "asshat" at the beginning of this post.  However, he is very, very good at what he does even if you don't agree with his methods or you don't think that's how cops ought to work, and by the end of the book, I actually felt kind of sorry for the guy.  In coming to understand him, something popped out at me right as the book was about to end, where the author describes him as someone who was


"...struggling to leave behind the ugliest things he'd lived through. Who was trying to forget the evil committed and the evil received. The blood, the screams, the dead -- who presented themselves behind his eyelids every time he shut his eyes."

He finds himself in "a swamp," which "was always there," where


"... the boundary between good and evil, between right and wrong, no longer exists. And there are no nuances in the swamp. Either you plunge in headfirst or you stay out. There is no middle ground."

While the mystery itself is kind of run of the mill,  as far as the bigger picture goes as Camilleri says, the focus is all on the characters.  As he also notes, Manzini doesn't hesitate to draw attention to problems in "Italian society," which I'll leave the reader to discover.  The bottom line to me is that  while it is definitely tough to warm up to Schiavone until you see where he's coming from, I'm drawn way more to character than to plot so Black Run is most definitely in my wheelhouse.  Personally, I think that readers who've given low ratings to this novel are looking more for a thriller sort of thing that they didn't get and that perhaps they've sort of misunderstood Manzini's emphasis on his main character.  Oh well.  I thought it was a fine debut series novel and I will definitely be waiting for the next one. 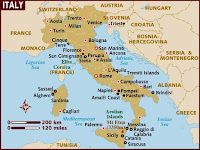