from Mexico: Silver Bullets and The Acid Test, by Élmer Mendoza

Two novels from Mexican writer Élmer Mendoza are the topic of this post, and while they are both admittedly quite difficult to get through, hanging in there brings great rewards to the most patient readers.   First up is Silver Bullets,

which is set in Culiácan, the capital city of Sinaloa,  the "cradle of the biggest traffickers Mexico has ever known."   It is in this book that we first meet Detective Edgar "Lefty" Mendieta, who as the dustjacket blurb notes,

"has been abandoned by the woman he loves, continues to be demoralized by the his city's (and his nation's) ubiquitous corruption, and is dire need of some psychotherapy."

Very briefly, Mendieta indeed has some psychological issues stemming mainly from childhood;  he's also snarky, sarcastic, likes old music (in chapter one he's listening to Herman's Hermits) that seems somehow appropriate to his situation at any given time,  and he studied  literature, which is often put to use via the sarcastic comments he makes now and then that sometimes had me chuckling.  He says about himself that


"I'm a drunk weighed down by memories, a poor idiot who fell in love with the wrong woman, and to fall in love is to dream, to imagine a future that rarely comes to pass."

He lives alone in his brother's house in the Col Pop, where he is looked after by his housekeeper Trudis who has her own issues.  He's not someone particularly interested in justice, but he does have integrity;  long-term, deeply-rooted connections, familial and otherwise that are important to him as a person,  and this trait applies not just to people on his side of the law where it's often tough to tell who if anyone is actually in control.  He'll also work like a dog to get a case solved despite his superiors' (and others') ideas to the contrary and often crosses into the underworld to do so.

Silver Bullets revolves around a number of killings that have in common the use of silver bullets in the gun that does the killing. As the bodies start to pile up, Mendieta becomes frustrated trying to make connections between the victims, and he also wonders what motivates the killer to use such a bizarre method of doing away with his victims.  Aside from all of the vampire and werewolf jokes people make, it seems that the local hitmen have nothing to offer in the way of help  -- as one of them notes, it's not their style, since they mainly get  "requests" from the rich who want their "target cut to pieces, drawn and quartered, castrated..."

As Mendieta carries out the investigations, we the readers are taken on a journey through the world that is  Culiácan, through the lives of Mendieta's colleagues (especially his partner Zelda), corrupt cops, politicians, the reigning and not-so reigning narco families, hard-assed mercenaries, and regular citizens, many of whom are fed up "with all this violence," and realize that


"in this country justice is in the hands of criminals and as long as you people from the government whistle and look the other way that's how it's going to remain."

At the same time, no one can deny that along with the bad, drug money has brought a lot to the area in terms of the economy, and also that connections run deep here.

Moving on now to The Acid Test,

in which Mendieta is caught up in a case that nearly sends him over the edge. As the story begins, the president of Mexico has just declared war on the narcos, which not only means that "badges are going to die," but also that the cartels will be gearing up to fight each other as well as the government to come out on top. But that's really the least of Mendieta's worries at the moment, since he caught the case of the murder of Mayra Cabral de Melo, a gorgeous Brazilian dancer/stripper with whom Mendieta had earlier spent some time.  Her murder is extremely personal to him and now he's devastated. As he says, while trying to "understand the abyss into which he had fallen,"

"What's wrong with me? I wasn't even in love with her, I didn't see her for more than a few days; neither did she make love any differently. But she was the one who brought me back from the brink."

Not only was she murdered, but she had also been mutilated, marring her perfect body in death. He wants to know who killed her and why,. and he will go to any lengths to find out, including tapping his connections in the criminal realm to gain information. As part of his investigation, Mendieta has to question not only criminal suspects, but politicians, high-level cops, Americans and others, and he is told that he needs to drop the case.  Around his search to find Mayra's killer,  the cartels go at it with each other and with the DEA, but even there, trust is only a matter of opinion.

As I said earlier, Mendoza's work is very difficult to read because of his writing style, for which "challenging" as a description is an understatement.  At the same time, because it was such tough going, I found myself having to read at snail's pace and it paid off. As it turns out, these books are not simply just two more books about drug cartels filled with lots of violence -- of those there are plenty, a dime a dozen these days.  Instead, they're much more about living and functioning in a place where drugs (and the resulting violence) aren't going away any time soon, since they  mean big money for the economy.   The books also shine a spotlight on the very human character of Mendieta, who kind of does his own thing less as a member of the police force than as an individual who wants answers and who knows how to find them.

I genuinely loved these books once I figured out that I needed to move through them uber-slowly, and I seem to be swimming upstream from many readers who were stuck on style.  Yes, they're difficult, and yes, it's not easy getting through them, but in the long run, they are so worth it for readers up to a major challenge.

One more thing -- the blurb on the front cover of Élmer Mendoza's  The Acid Test says that the author is "the godfather of narco-lit."  At the bottom of the cover, author Arturo Perez-Reverte writes that Mendoza is "One of the biggest names in Mexican literature ... A true novelist" without invoking the term "narco-lit." In fact, the term itself is causing no small bit of controversy.  Feel free to read more about this controversy

here: in a short piece in PEN Atlas by author Juan Pablo Villalobos,
here: in an article in the Latin American Review of Books

and about "narcoliterature" in general here at The Conversation 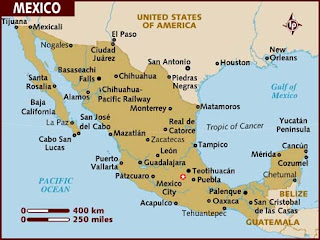