The Keeper of Lost Causes, by Jussi Adler-Olsen

Before I actually set down my thoughts on The Keeper of Lost Causes, recently I received my copy of Jørn Lier-Horst's Dregs, and while flipping through it, the thought went through my head that if I like it, I'm committing myself to yet another crime fiction series, so it had better be good.  This thought is not totally off topic re Keeper of Lost Causes, because it is also the beginning of yet another crime series, and it dawned on me that with all of these new books coming out and the amount of time it's going to take to read them, it would be nice if these new series openers brought something new to the table in the realm of crime fiction.  Et voilà -- after finishing Adler-Olsen's book, I can definitely say this book qualifies.  And I can also say that it's a series I'll definitely continue.

As is the case in many novels from Scandinavia, politics once again interferes with how the police do their jobs, and as Keeper of Lost Causes opens, the homicide division chief of the Copenhagen Police has been told that he's going to have to "provide a flying squad for hopeless cases" -- to look into cold cases that have long since been shelved.  And as it so happens, the homicide chief is all for it.  There's a budget attached (which the chief plans to appropriate),  and he has just the perfect person in mind to take it on: Detective Carl Mørck.  Mørck has recently returned to active duty after an ambush at a crime scene, where one cop was killed, one was left paralyzed and unable to walk, and Mørck himself was injured.  Now Mørck is back to work, but he comes in late, is constantly in a bad mood, and continues to blame himself for what happened.  Mørck's moods and his emotional baggage do not make for good work relations, so moving Mørck to the newly-formed "Department Q" solves a lot of problems.  Mørck takes on the job, and promptly moves to the basement, the home of Department Q, and proceeds not to care and to read and play a lot of Sudoku.  When he figures out that Department Q actually has a budget, he asks for and is given an assistant, Assad. Although his new helper is there to mainly make coffee and clean up the place, after getting rather bored with doing  a whole lot of nothing, Mørck decides to take a look through some of the cold-case files, and Assad is more than happy to help.  When they come across the five-year old case of the missing Merete Lynggaard, head of the parliamentary Health Committee, Mørck finds himself against his will slowly becoming interested.  Lynggaard has disappeared from a crowded ferry and with no clues coming to light, the original investigation ended.  But Mørck starts the case again with fresh eyes -- maybe  just in time, as it turns out.  The story switches from 2002, with the story of Merete Lynggaard to 2007 and the story of Mørck and the investigation into her disappearance, and the chapters go back and forth in time.

While the story itself is quite good, very well told and contains a core mystery that will keep you flipping pages, what makes this book stand out are the characters, especially Mørck and Assad, and Adler-Olsen's attention to detail.   Mørck's personal life is really kind of out there, with Vigga, a rather flighty ex-wife to be whose latest desire is to have an art gallery (for which Morck will foot the bill), a stepson who lives with him rather than with his mother, and an overweight tenant named Morten who hasn't quite figured out what he wants to be when he grows up, and when not working at his video store, is Carl's housekeeper as well, the "best housewife" Carl ever had.    As a cop, Mørck's burnout is obvious, as is his sense of guilt and the fact that he's an outcast in his department.  But underneath it all, he's a top-notch detective and it is easy to tell that he's really eager to get back into the game despite what he says and how he acts.  Assad, on the other hand, is quite the enigma, and it's very obvious that there's more to him  than what's on the surface.  From little hints that are dropped throughout the story, he comes from Syria, has a cryptic past and the author never fully answers the question of who he really is -- my guess was either a criminal or a member of a secret police group or something along those lines. I expect that as the series progresses, more of these little hints will be given until a more complete picture is available.  Anyway, the dynamic between Mørck and Assad  develops over the course of the novel, moving from Assad as a kind of errand boy/office cleaner to Assad as a partner in Carl's investigation. Assad's little surprises and Carl's reaction to them make for some funny reading moments -- including Assad's charming attitude to one of the women working in the department whom Carl lovingly calls "the she-wolf."   Even though Mørck may roll his eyes at the paper shades over the basement lights or the smell of middle-eastern food permeating the office, eventually both of these men find a mutual respect for each other and make a connection as the exiles that they truly are.

This dynamic between the two main characters,as well as the author's amazing characterizations of the other  people who surround Carl Mørck on a daily basis definitely make for something new and intriguing to look forward to in the next book, which I hope is translated soon.   All of the hallmarks of Scandinavian crime fiction are also found in this book -- politics, social issues, etc., but when you get right down to it, the fact that there's room here and there to laugh in and among all the seriousness rounds out the story a bit more than what you'd normally find in books from this region. I'll definitely recommend Keeper of Lost Causes not just to readers of Scandinavian crime fiction, but to crime fiction readers in general.   It is amazingly good. 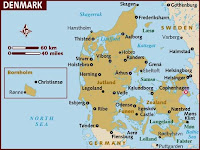