The Pledge, by Friedrich Dürrenmatt

"...so many factors mess up our clear schemes, that success in in our business very often amounts to no more than professional luck and pure chance working in our favor. Or against us."

The Pledge is my final entry (for time reasons) in my little mini-series I call "What Would Montalbano Read," based on books and authors found in my reading of Camilleri's novels.  I had planned to do more, but I have a stockpile of other crime fiction I want to get through, fun as this has been.   The Pledge is a novel of one man's obsession; it is at the same time a  critique of writers who pen detective fiction and mysteries.   There's no heart-pounding plot here, just a very smooth narrative of a detective's obsession with solving a case based on a promise he made.  And though it was written a very long time ago, it is still a novel of great quality, 5-star reading material.

Set in Switzerland, the story begins with a writer (presumably Dürrenmatt himself) who has been invited to give a talk on the art of writing detective stories.  It is poorly attended because of a competing talk on Goethe, but one of those who came is a Dr. H., the former chief of police in the canton of Zurich.  After a few Johnnie Walkers, Dr. H. offers to take the writer back to Zurich the next day.  Once the  hair-raising ride through the fog- and snow-covered mountains is over,  and after a stop for gas, Dr. H. begins to tell his passenger that he never thought too highly of detective novels:

"You set your stories up logically, like a chess game: here's the criminal, there's the victim, here's an accomplice, there's a beneficiary; and all the detective needs to know is the rules, he replays the moves of the game, and checkmate, the criminal is caught and justice has triumphed. This fantasy drives me crazy."

Continuing, he chides the author for not taking the element of chance into account in his stories, and proceeds to relate an amazing story to make his point.

One of Dr. H.'s best men, Inspector Matthäi,described by Dr. H. as a genius, is leaving the police department to take a job in Jordan reorganizing the Jordanian police, a  highly prestigious position for himself and a move that puts a feather in the cap of the local police.   But as he's set to leave, he becomes involved in investigating the murder of a little girl.  At his meeting with the girl's parents, he makes a promise "on his eternal salvation"  that the police will find whoever did this.  That pledge ultimately turns out to be Matthäi's undoing.    The police arrest the peddler who discovered the body, and after his interrogation, he makes a confession and commits suicide.  The case is closed.  Matthäi begins to wonder if perhaps the police had the wrong suspect and that perhaps the girl's killer is still out there.  At this point,  he gives up his promising new career to make good on his promise, sets a carefully-thought out  trap, and because of a random act of chance, his obsession turns to self-destructing  mania. (Note: this is not actually a spoiler; I'm just glossing over in an outline here).

Matthai's story  is ultimately a symbol of the futility of assuming that a) reason alone can bring order to the world and b) reason is the only vehicle for the understanding of reality.  Dürrenmatt explains  that when one's perception of reality is colored by his reason, he fails to take into account  random acts of chance that arise in any given situation.  When reality doesn't conform to one's calculations,  a line is crossed and that rationality just breaks down. But according to Dürrenmatt, in the hands of the detective novelist, Matthai's story  would ignore the random elements that exist and


"Matthai would actually find a murderer, one of your comical saints, some sectarian preacher with a heart of gold who is, of course, innocent and utterly incapable of doing anything evil, and just for that reason, by one of your more malicious inventions, he would attract every shred of suspicion the plot has to offer.  Matthai would kill this poor soul, all his proofs would be confirmed, whereupon we at headquarters would take the happy detective back into our fold and celebrate him as a genius.  That's another conceivable version."


Granted, he understands the reader's need for justice to prevail in the long run, but his point is that the detective novelist may be the greatest deceiver of all:

"You can't come to grips with reality by logic alone... You don't try to grapple with a reality that keeps eluding us, you just set up a manageable world.  That world may be perfect, but it's a lie."


I cannot recommend this novel highly enough -- anyone who reads or writes crime  fiction ought to give it a go. The device of framing a critique of detective novelists within the context of  a detective novel is sheer genius. But even better, it provides a lot of food for thought for those of us who love crime fiction -- what is it exactly we want in a good mystery or detective novel?  Are we content to accept the package all neatly tied in a bow when we know that in reality, not all things come to a conclusion? And what about those random elements of chance -- are they dealt with in the fiction we read?  The Pledge is absolutely stunning. Although it may have a bit of a philosophical bent that will be unappreciated by some readers, I think most people will find it fascinating. 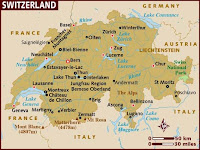 Note: this book was made into a movie starring Jack Nicholson.
Posted by NancyO at 1:34 PM