The Village of Eight Graves, by Seishi Yokomizo

I'm looking at the date I was last here -- September!  Yikes!   I have to say that we had an extremely rough 2021 which is actually putting it mildly, but now, thankfully, we've turned that corner and things are much better and slowly getting back to normal going into 2022.   I'll be picking up where I left off with the septimo circulo list shortly as well as with a stack of books I've sadly neglected.    Truth be told, I'm just glad to be back. 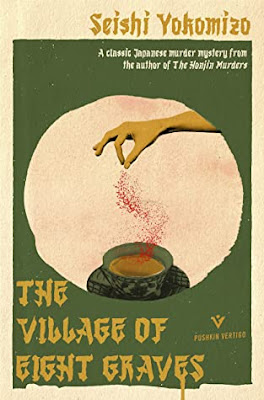