Death and the Olive Grove, by Marco Vichi

Considering the terrible nature of the crimes committed in this book, Death and the Olive Grove, the second installment of this series, actually reads on the lighter side of the genre.  Vichi's Inspector Bordelli novels are set in Florence in the 1960s. The main character  is a former member of a somewhat irregular army unit known as the San Marco, and his work in World War II is constantly on his mind. Throughout the novel Bordelli is overprone to thinking about the war, where he served with his current police sidekick's father.

One of Bordelli's acquaintances, a dwarf named Casimiro, comes to the inspector with a strange story. He was out one night walking through an olive grove near a villa, and came across someone he thought must be dead.  Bordelli accompanies him to the spot and there's no body anywhere.  The only clue that anyone had been there at some point is an empty bottle of cognac, one that turns out to be a rare brand.  Before Bordelli can muse on the bottle, he and Casimiro are attacked by a Doberman, and would have been seriously injured had Bordelli not shot the dog and killed it.  Inquiring at the villa about the dog, Bordelli gets no help, but he doesn't have long to consider this action before he is called to the scene of a little girl who had been sexually assaulted, killed, and bitten.  While he's investigating this case, Casimiro goes missing and if that isn't bad enough, soon more little murdered girls are discovered, all suffering the same fate as the first.

Death and the Olive Grove takes its time, and through it all, Bordelli relives a lot of his war experiences in his head.  The pace is very slow (at times painstakingly so to the point where I just wanted to get through it), and there's probably much more focus on Bordelli's personal and past life than crime solving.  While Bordelli does manage some clever police work, he is more or less pointed in the direction of his suspects by outside agencies rather than through his own deductions.  This is a novel where the present links back to the past, but when it comes down to the why of it all in the main case of the little girls,  I didn't get that "aha!" moment I'd hoped for, although I had an inkling of motive in the back of my head that was sort of correct.

This book, like Death in August before it, was not at all as lively as I'd hoped.  This book is probably better suited for readers who like their crime on the lighter side, and who don't mind getting  into the personal life of the main protagonist  more than the investigation aspects.  It's perfect for people who want something more than a cozy and something less than an edgy, realistic, gritty crime read.  I'll be starting Death in Sardinia today; I'm hoping for a little more depth and less fluff. 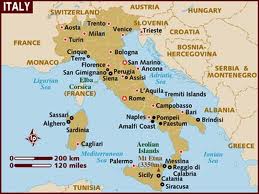