"It is a game. It's a destiny he's writing for them. Inevitably, they're waiting for him."


note: When I picked up this book for my "books published this year" summer readfest,   I had zero clue as to what it was going to be, but as it turns out, it's focused on crimes against women, so I thought I'd post it here as well as on the main page of my online reading journal.

The Shining Girls is a mix of time-travel scifi and serial-killer crime fiction,  but don't believe the blurb written by Matt Haig on the back cover that says it's a cross between The Time Traveler's Wife and The Silence of the Lambs.  Even if, in your wildest imagination, you could mix the two, you still don't come anywhere close to The Shining Girls.  Yes, there is time travel and yes there is a nasty serial killer out there, but this killer already knows who he's going to kill and visits his victims beforehand -- and even leaves them a little something to hold on to until he comes back.  Bought exclusively for its summer-read/beach potential, the book didn't let me down; it may not go on this year's list of favorite novels of the year, but it's still pretty good.

In this story, time runs along different chronologies.  The serial killer in this novel, Harper Curtis,  has his own time line -- he jumps in and out of time from the 1930s until 1993  -- and then there's the timeline of one his victims, Kirby, whom Harper mistakenly leaves alive after a brutal attack.  Third, there's the real, historical chronology, time and changing attitudes moving forward in history.   It may seem confusing at first, but it makes sense here. As the novel opens,  Harper Curtis is running from an angry mob in a Depression-era Hooverville.    He runs into a shack, takes a coat and leaves; in one of the pockets is a key.  He is drawn to a mysterious house in the city of Chicago, a jumping-off point into time; a place where his destiny, and those of a group of young women he doesn't even know, is literally written on the walls.  The women are the shining girls of the title, and he is compelled to track them through time and ultimately to snuff out their glowing potential in the world.   Harper  visits each one long before he kills them, leaving some token; years later when it's a woman's time to die, he leaves something else with each of them, something from one of the other victims.  One of them, Kirby Mazrachi, escapes from a savage attack and her destiny with death, but she is left with both physical and emotional scars. She becomes fixated on finding the person who did this to her, determined enough to the point where she becomes an intern on a newspaper that covered the case because of the access to the paper's archives.  She has caught on to the pattern of artifacts left behind, but trying to find someone who will listen to her is pretty much impossible, as is trying to pin down one specific person whom she knows is responsible for a number of other brutal attacks.

On a surface level I suppose you could read this book as another serial-killer novel with a time-travelling gimmick as a hook, but to me it goes well beyond that sort of simplified explanation.  Harper is figuratively plucking the wings off of  women, killing them just as they are starting to make a difference in their present;  cutting off their potential for making  a difference in  the futures of others.  Thinking about that, it seems to me that the author is not only talking about men who feel compelled to keep women down, but also about victims of violence -- where every life taken represents a loss of  future possibilities.  The crazy time loops in this novel help to point out that although time moves on, violence  against women has always been, is, and always will be part of our existence, with effects that ripple ever outward over time.

Overall, it's a good enough novel, one that kept me intrigued,  but there were parts that dragged and I had to read it twice to figure out the House. I'm also not big on graphic violence, which there is plenty of in this book; I get the point -- these were living people with personalities, lives, parents, loved ones -- but sometimes too much is just too much.  The ending, well, since I can't talk about that here, suffice it to say I think the action-packed  empowerment statement was a little too obvious,  but I know lots of people who'll disagree.  This book is getting some excellent reviews, but not everyone is loving it -- I'm somewhere in the middle of all of that.  I'll recommend it as a good summer read -- but read it slowly so you don't have to go through it a second time like I did. 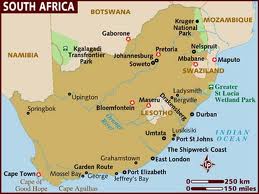