*The Killing of Emma Gross, by Damien Seaman

As I've been known to say for some time, I like my crime fiction dark and edgy.  The Killing of Emma Gross is both of those things, and is based around the real-life case of Peter Kürten, the so-called "vampire of Düsseldorf" or "monster of Düsseldorf," a serial killer who plied his trade during the days of Germany's Weimar Republic (1919-1933).  The author is quick to point out that the "vampire" label didn't actually originate at the time, but Kürten's crimes were definitely beyond heinous, as he brutally preyed on women and young girls.  While those crimes and the "monster" who committed them are definitely a focus in this novel,  the book examines a detective's quest to solve another murder, that of a young prostitute named Emma Gross, also a real victim, but not one of Kürten's.  He claimed her as one of his, but it was a false confession.   There is absolutely, I repeat, absolutely no light in this novel, but it is definitely a story worth looking into.

Detective Thomas Klein of the Düsseldorf KRIPO (kriminalpolizei) has accomplished the impossible. He has arranged to meet Peter Kürten and put an end to the fear plaguing the streets of Düsseldorf.  Kürten is arrested and taken away, but not by Klein; that honor went to his rival, Detective Inspector Michael Ritter.  Ritter and Klein are at odds not only because Klein worked on his own to arrange Kürten's arrest and withheld important evidence,  but also because Klein had previously been sleeping with Ritter's wife Gisela. When Kürten is brought in, Klein is put away in a cell as well and worked over -- part of Ritter's revenge and anger toward him. When the police start to question Kürten, however, he won't speak to anyone about the case except for Klein, so Ritter is forced to release him and accept that Klein will be a part of the investigation.  Kürten is only too eager to talk -- he confesses to all the murders and as proof that he really did them, takes police to the body of a little girl they'd been looking for and others not previously known about.  But when he confesses to the murder of Emma Gross, something is off -- he gets the details wrong.  In the meantime, another man had supposedly confessed, was taken to trial and convicted of the murders of Emma Gross and two others; that man now lives in a mental hospital, too mentally ill to be put away in prison at the time.  Klein realizes that two of the murders confessed to by Kürten were ascribed to this other man, and if that's the case, perhaps the killing of Emma Gross was done by someone else entirely. Following only the slimmest of hints and leads, Klein sets about to find Emma's killer and help clear the name of the man falsely accused.

The Killing of Emma Gross is very straightforward, no unnecessary detours are taken throughout the novel, and the historical era is well conveyed, although perhaps not as fully as I'd expected.  It's nearing the end of the Weimar era (1929) and  the author captures ordinary citizens' frustration at inflation and unemployment, the Communists who took on "capitalist corruption" and printed their versions of the "truth" in their newspapers,  police brutality and corruption, and the darker, seedier side of the city during this time.  In one scene that I'll probably never forget because of the image it made in my head, Klein walks into a club where a bizarre cabaret is going on, performed by women dressed in nothing but a Kaiser Wilhelm mustache and a helmet.  The time and place are not conveyed as well as they are, say,  in Marek Krajewski's characterizations of this period in his Eberhard Mock novels, but there's enough here to transport the reader.  Aside from that issue, the author is a master of sleight-of-hand (I can't explain why, but just trust me here),  his central mystery is very well focused, as is Klein's investigation.  There's also bonus at the end of this book for anyone who may be remotely interested in the real-life Peter Kürten -- a timeline that takes the reader through his crimes up to his eventual execution in 1931.

I'd recommend this novel for readers of very dark crime -- this book is definitely not for the faint of heart, nor for anyone looking for a happy ending. It's edgy, gritty and I have to say, one of the better books I've read in the area of crime this year. It is a no-nonsense, cutesy-less novel and I hope he continues this trend in the next book he writes -- considering that this is his first novel, I'm amazed to discover that his way of writing crime fiction matches the type of work I look forward to finding and reading in this genre. Super.


historical crime fiction from the UK 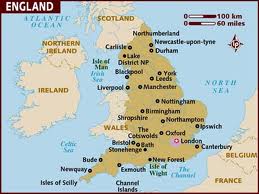