according to BookPage, The "10 best mysteries and thrillers of 2015" 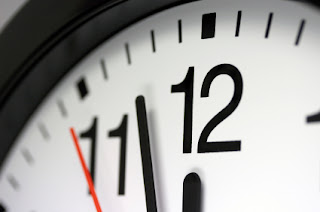 As the year winds down, we can all expect to see more of "best of" lists coming our way. Today I bring you the top 10 mysteries of 2015 as chosen by the people at BookPage. I get their updates in email now and then, and although it seems that this list was posted on November 24th, I only got the memo today so apologies.

On with the show.

1.  Dean Koontz's Ashley Bell -- which frankly, hasn't even been published yet, and according to Amazon, won't be for another week. The premise:


"When doctors inform 22-year-old Southern California surfer girl and budding novelist Bibi Blair that inoperable brain cancer will shorten her life to a matter of months, she replies, “We’ll see.”"

3. Finders Keepers, by Stephen King -- continues what he started in Mr. Mercedes (which I wasn't all that fond of)

4. The Girl on the Train, by Paula Hawkins -- thriller;  definitely no secret that I didn't like this book, but it did just win at Goodreads for best mystery novel.  Cough.

5. The Investigation, by J.M. Lee -- looks like historical crime fiction, and actually I'm impressed that it made it onto this list.


the first-person tale of Watanabe Yuichi, who reluctantly served as a prison guard in Japan during WWII: “The war ended on 15 August 1945. The prisoners were freed, but I’m still here.” Incarcerated by the Allies for low-level war crimes, Watanabe now has time to reflect on his wartime investigation of the murder of a fellow guard."

I have to confess that while I bought this book some time back,  I haven't yet read it. It's  now on the  immediate TBR pile.

7. The Killing Lessons, by Saul Black (aka Glen Duncan)  -- serial killer thriller, but since it's Glen Duncan, I might actually give this one a go.

9.  The Nature of the Beast, by Louise Penny -- Canadian crime fiction, 11th in the series

and last but not least,


Well, that wraps up another best-of list -- I'm sure there are many more to come.
Posted by NancyO at 1:06 PM